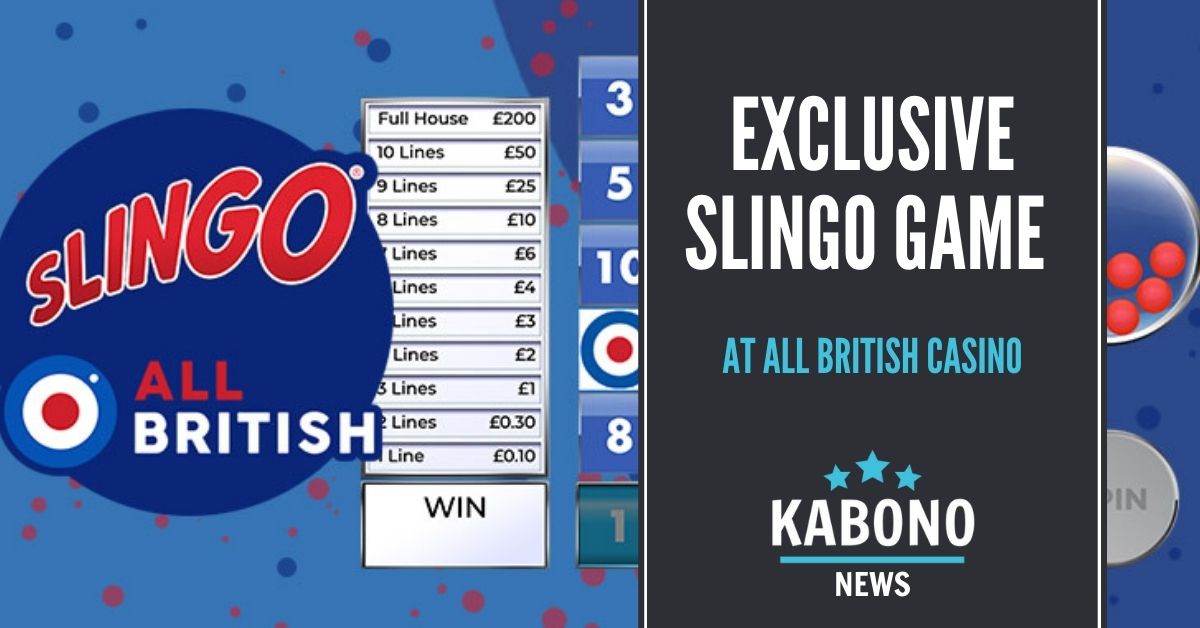 How the Game Works

Slingo All British is a classic online slingo game with easy gameplay. Players select their bet and click to start the game. A bingo card will show on screen, as well as red balls, the current number or symbol, and a button to spin. Every red ball gives a spin with five new numbers or symbols that might help cross of numbers from the bingo card.

Symbols include jokers and free spins. Game wins range from 1 line to full house. In other words, the more lines players cross out on the bingo card, the bigger the wins. The colours of the game are red, white and blue – just like the All British Casino website.

The game is only available for registered players. If you haven’t signed up to the casino yet, you can read our All British Casino review to learn more about the games and bonuses offered.

All British Casino is already one of few UK casinos that has a large offering of slingo games. Slingo is a different game category that simply combines traits from bingo and slot machines. Players complete lines and coveralls on a board that looks like a bingo card. Instead of an announcer drawing the next number, the games us a slot game-technology to spin the next number.

The Rise of Exclusive Casino Games

The launch of All British Casino comes as more and more casinos are starting to offer exclusive casino games. As online casinos get their games from third-party game providers, they might list the same games as many other casinos. But thanks to exclusive deals, some casinos offer games that can be only found on their exact site.

Rizk has Captain Rizk Megaways Slot, Unibet has live casino games such as Unibet Roulette Exclusive, and now, All British Casino has Slingo All British.