Game providers design, develop and host the casino games you find at online casinos. To ensure safe, high-quality games with fun rewards, we only recommend casinos that offer games from the best software providers.

Find some of our favourite casinos in the top list below or keep reading to learn all there is to know about casino game providers!

What are Casino Game Providers?

Casino game providers are simply the providers of games at a casino. This can be at either landbased or online casinos where a company designs, develops and provides the games players get to enjoy. As these providers do everything from designing to developing the games, they are also known as game developers or software providers.

While some players might think that it is the casino that is in charge of the games available to play, that is very rarely the case. With the exception of some potential exclusive games or gamification, most online casinos will get their games from game developers they collaborate with. This also means that while some online casinos will offer the same games, you won’t find them all everywhere.

Especially with the growing popularity of online gambling in recent years, a lot of casino game providers has set up shop. And while there are some industry-leading names that provide some player favourites, there are also newcomers releasing great games all the time. Here are, in our opinion, the very best casino software providers of our time:

NetEnt is a game provider that was founded way back in 1996. The casino software company was originally named Net Entertainment by the founder Pontus Lindwall but officially renamed as NetEnt in 2015. Ever since its inception, NetEnt has been a pioneer in the iGaming industry and today it is one of the most well-known game providers around.

Today NetEnt has a collection of more than 200 casino games, with more being created and released frequently. While the company might be known for its slots such as Starburst and Gonzo’s Quest, there are also NetEnt table games and live dealer games to try out.

Yggdrasil Gaming is an online casino software developer. Founded in 2013, it is a newer game developer on the market that has achieved a lot in only a few years. Yggdrasil focuses on innovation within iGaming, with new concepts and twists being added to classic games.

The company might be best known for Yggdrasil slots such as Joker Millions and Vikings go to Hell, but has also developed table games including Blackjack and Roulette games. The game developer has a lot of industry awards under its belt, including ‘Innovator of the Year’ from IGA four years in a row.

While the game developer might not be as well-known as NetEnt or Microgaming, it is actually a name to look out for when signing up to a casino.

Microgaming, officially Microgaming Europe Limited from its license, is a casino game provider based in the Isle of Man. The software company was founded in 1994 and claim to have developed the world’s first online casino software back then.

After almost 30 years now, Microgaming has an impressive portfolio to show to, with more than 800 casino games developed. And new games are still being released every month!

Evolution Gaming is a game software company focusing specifically on live casino games. The company was founded in 2006 and has created hundreds of live dealer games since then.

The game provider is commonly known as the best live dealer game developer around and has been awarded Live Casino Supplier of the Year for 11 years running at the EGR B2B Awards.

The company has grown immensely since its inception and earlier this year it was announced that Evolution Gaming buys NetEnt. This means that the B2B company from Sweden not only offers the very best live dealer games but also slots and more from NetEnt.

What makes some game developers very popular is a combination of innovation, high-quality designs, and safe gameplay. All players want to ensure their money is safe – and that there is a fair chance of winning real money – when playing casino games.

Although the games should feel thrilling, they should always be 100% safe and fair. Just like online casinos, online casino game providers also need to be fully licensed and regulated.

While safety is of utmost importance, it should be a given. What players really care about is fun features and cool designs that keep the fun going. With so many casino games available, the best game providers need to ensure that their games stand out from the crowd and offers something unique to the player.

When it comes to online slots, there are some games most casinos offer in their game selection. This includes free-spin favourite Starburst, the unique Gonzo’s Quest and million-maker Mega Fortune. These games are all developed and designed by NetEnt.

Another slot favourite is record-breaking Mega Moolah, from Microgaming. Both of these slot developers are fan-favourites releasing grand slots and other games. Their popularity has also resulted in for example franchise slots such as NetEnt’s Vikings (based on the TV show Vikings).

As new slot developers pop up all the time and players crave new, innovative solutions, games are released very frequently. The newest slots will come with unique designs and features to stand out in the big selection already available.

Compared to online slots that are designed and produced to be played as an RNG-generated video game, live casino games are different in the sense that they are live – and real. Therefore these games combine the best of both worlds by offering live dealers and live action, broadcasted and streamed live from game studios. 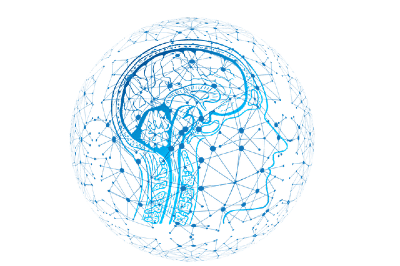 To offer something new and exciting, casino game providers need to keep evolving and think of new solutions that will entice players. Looking for the very best and newest casino game technology? Here are some things to keep an eye out for in new casino games.

More and more players are accessing their casino account from mobile. It is not enough for the casino websites to be mobile-friendly; the casino games need to be optimised for mobile screens too. Using HTML5 technology, modern software providers ensure their games can be played from any device or screen size.

When playing at an online casino, you want the casino action to feel as real as possible – without having to leave your house. With live casino dealers, 3D games and even VR games, you get the best of both worlds. No need to visit a landbased casino to play, though you’ll get to feel the live action.

One final, exciting technology newly developed is that of Megaways™ and Megaclusters™ slots. These are online slot games with a unique gameplay. The software used is developed by Big Time Gaming but has also been licensed for other casino game providers to make use of. Offering a unique way of creating symbols and paylines, these games result in a lot of fun and potential winnings.

The Game Creators of the Future

In conclusion, there are many casino game providers out there and many more to come. With an increasing demand for high-quality, innovative (and high-paying) games, new games are released all the time. The game creators of the future do not only focus on current trends. They also want to bring something new to the (casino) table.

To get to play the best games possible, it is always important to check which game developers the online casinos collaborate with. In our casino reviews, we always highlight this.