Esports betting is increasing in popularity and Counter-Strike: Global Offensive is one of the most popular games to bet on. No matter if you are familiar with CS or not, esports can open up a brand new world of betting. And we are here to help! In this CS:GO betting guide, we give you an introduction to how CS:GO betting works and show you where to sign up to start betting.

Check our list of the best CS:GO gambling sites at the moment and pick your favourite to sign up at!

Counter-Strike: Global Offensive, CS:GO for short, is a multiplayer, first-person shooter video game. It is the fourth in the Counter Strike-series which first began in 1999. Global Offensive was released by the publisher Valve in 2012 and quickly became a hit. The game can be played on Windows, macOS, Linux, PlayStation 3 and Xbox 360.

In all Counter-Strike games, two opposing teams – terrorists and counter-terrorists – compete. By completing different objectives, performing well and killing enemies, players are rewarded in-game currency. While the game is played individually as a first-person character, teams are formed to work together. Teams can play together casually or compete in professional leagues and tournaments. 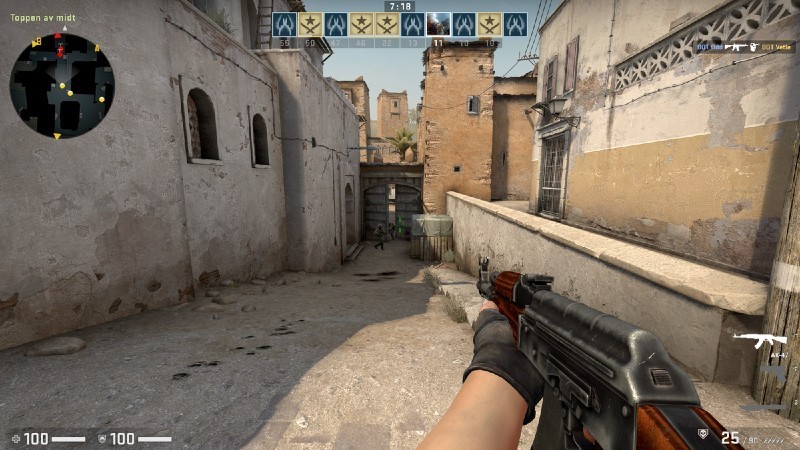 How is CS:GO Relevant to Sports Betting?

So what does this video game have to do with sports betting? Well, it actually hosts one of the largest esports globally!

With the introduction of esports betting, it is now possible to bet on the outcome of tournaments and competitions hosted for esports. And CS:GO specifically has one of the most popular esport scenes in the world. In fact, it has been awarded “Best eSports Game” at several Game Awards shows.

Today, Counter-Strike leagues and tournaments are hosted all over the world. Some of the tournaments are sponsored by Valve and known as Major Championships. These are the most prestigious CS tournaments with grand prize pools. The Championships were first founded in 2013 and are today played internationally with 24 teams competing in each round. For these and other competitions, bettors can place bets on who will win and more precise results – just like at a football match.

For players who do not play Counter-Strike themselves, it can seem a bit daunting at first glance. But remember that you do not have to play the actual game yourself. You just have to bet on the outcome of a competition!

If you are intrigued by esports betting and CS:GO, here are some tips to get you started:

While it is far from a requirement, it can be good to familiarize yourself with some of the most common CS:GO terminology before betting. This is simply because some of the betting markets offered might include terminology that is specific for the game, such as maps and skins. Therefore, we have listed some basic terms worth knowing below.

Find the Best CS:GO Betting Sites in the UK

In order to start betting on CS:GO events and other esports, you first have to find a sportsbook to bet at – a CS:GO betting site. Luckily we can help you with that as we have dedicated this website to share the best online casinos and sports betting sites for players in the UK. We keep up to date on new releases and review all UK sportsbooks out there to find the very best alternatives to recommend. With a dedicated team of betting enthusiasts, you can rest assured that our recommendations are worth checking out.

To conclude, we want to answer some quick Q&As related to CS:GO betting. If you have any more questions, please contact us!

Is it legal to bet on CS:GO?

Yes, as long as you are registered at a safe and UK-licensed betting site, it is 100% legal to bet on CS:GO. Esports betting works just like all other types of sports betting and is regulated by the United Kingdom Gambling Commission.

No, skin gambling is not legal. This is a different type of gambling where you don't place bets from a betting site using your money and currency, but wagering skins you have earned from playing CS:GO.

What are the best CS:GO betting sites?

British players have a lot of betting sites to choose from. Esports in general and CS:GO betting specifically are being offered at an increasing number of sportsbooks – both staple names and new establishments. We list some of the best (and safest) options here at Kabono and it is up to each player to find the best alternative for their preferences in terms of bonuses, payment methods and more.

Are you ready to start betting on Counter-Strike: Global Offensive?

Check the recommended betting sites at the top of this guide and read our thorough reviews to learn more before signing up.