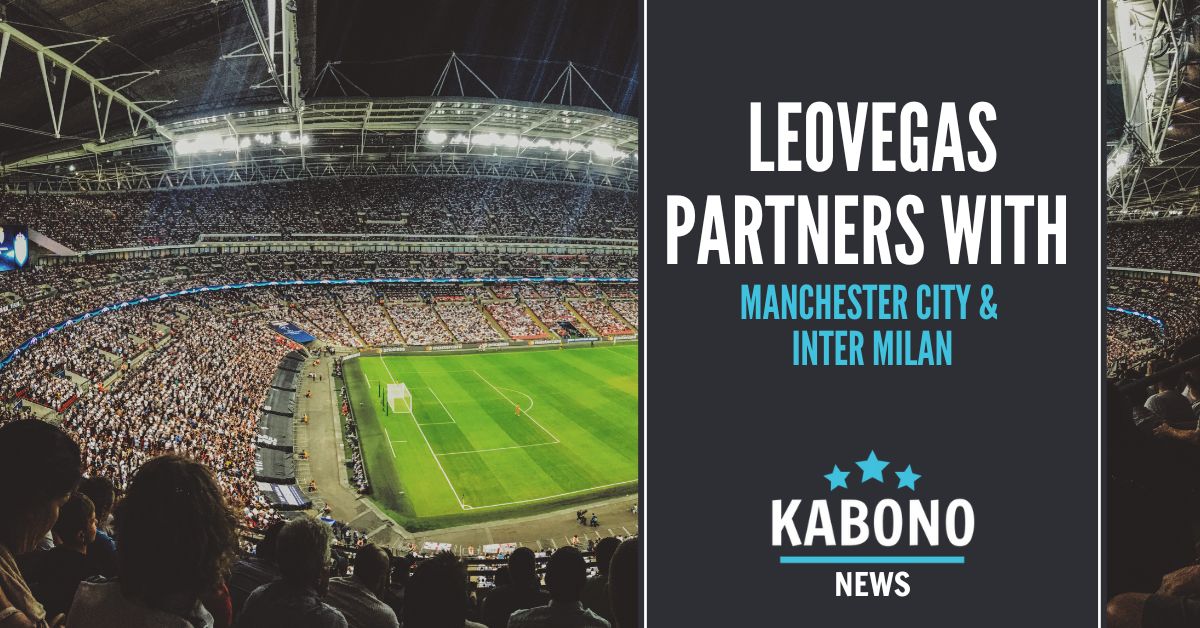 September has been a busy month for LeoVegas. Among other news, the online casino and sportsbook applied for de-listing after new owners MGM controlled more than 90% of the company’s shares. But additionally, the brand has shared some exciting news – especially for football fans. The betting site has partnered with two great football clubs for the 22/23 season: Manchester City and Inter Milan. Here we take a closer look at the new LeoVegas partners and an exclusive bonus to celebrate.

The first LeoVegas partner announcement came on September 8th. It was then announced that the casino and sportsbook has entered a partnership with Premier League champions Manchester City. The team is a clear favourite in the UK and internationally both in the Premier and Champions League. Now, LeoVegas will feature on the men’s first team kit and in the Etihad Stadium. With Man City and LeoVegas both being leaders in their industries, the partnership was described as a natural choice.

The second LeoVegas partnership was announced on September 20th. The news was then shared that LeoVegas will also be a betting partner of the Italian football club Internazionale Milano. The Serie A club, more commonly referred to as Inter Milan, is also a global favourite with 19 Serie A titles as well as some European Cup and Champions League wins. For the 22/23 season, LeoVegas will benefit from increased visibility from advertising and promotions.

In order to properly celebrate the new LeoVegas partners, the sportsbook offers players a unique sports bonus. Starting from September 20th and all the way until the 28th of May 2023, you can get a 10% profit boost on all Manchester City games. All you need to do is to claim the offer and bet up to £20 on a Man City game. If the bet wins, LeoVegas will increase your winnings by 10% up to £200.

Since the Inter Milan partnership was announced only today, there does not seem to be any exclusive bonus released yet. But we expect players to benefit from similar perks for Inter Milan games too, with lots of promotions coming up.