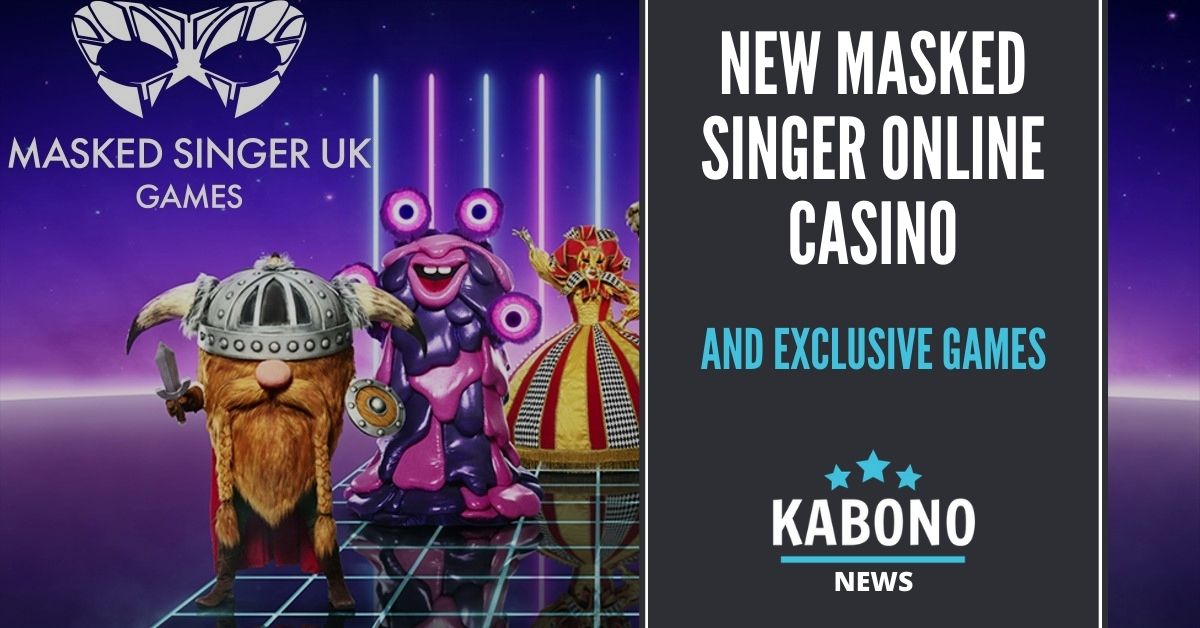 Were you one of the millions of viewers enthusiastically watching and guessing on the Sausage, Badger, Robin and other characters of the TV-show The Masked Singer UK™? Well, now you can keep the fun going with some exclusive casino games as well as a new online casino based on the TV series!

Launched in February 2021, a unique slot and bingo game was released with the new UK casino Masked Singer Games. The new casino is operated by the same company as PlayOJO, and luckily the exclusive games can be found on this casino too! Let’s take a closer look at the new casino and branded games.

Masked Singer UK Games is a new online casino that was launched in February 2021. EGO – EgamingOnline teamed up with The Masked Singer UK™ to launch the official casino and casino games. The casino is definitely on-theme, with everything from the logo to the staff introductions being inspired by the TV series.

In addition to the theme-specific games, the casino also has a selection of 2000+ games from the very best providers such as NetEnt, Microgaming and Play’n GO.

This new casino opens up to a new idea within online gambling, that of branded online casinos. Online casinos have to continuously evolve in order to stand out in the competitive market. We believe branded platforms might be the new way to go!

There’s 40 winning lines across 5 reels, a 4,050x maximum multiplier and a whopping £200,000 top prize. Some of the bonus features include Wilds, Wild Masks and Free Spins.

In addition to the slot, there’s also a branded bingo game based on The Masked Signer TV series. The Masked Singer bingo room is currently exclusively available at PlayOJO casino. The bingo room has a must-drop daily jackpot and a Match The Mask bonus game. You can play the game from 1p per ticket with games available from 9 am to 11 pm daily.

Keep the Fun Going with these Exclusive Games

The branded games all feature costumes and decor you’ll recognise from the first season of  The Masked Singer™. Keep the fun going and sing as you land those big winnings!

What is The Masked Singer™?

The new casino and casino games are based on the British TV series The Masked Singer. In case you’re not quite sure what this is, we’ll round up by talking a bit about the entertaining and surprising TV show.

The TV series is a reality singing competition based on a franchise that originated in South Korea. Celebrities perform songs while fully covered up in a head-to-toe costume, completely hiding their identity. The costumes are all extravagant and grand, leaving viewers glued to the TV trying to figure out who is behind the mask.

The first British season premiered in January 2020 and the second season run from December 2020 to February 2021. The second season was won by the singer Jess Glynne, wearing a Sausage costume.