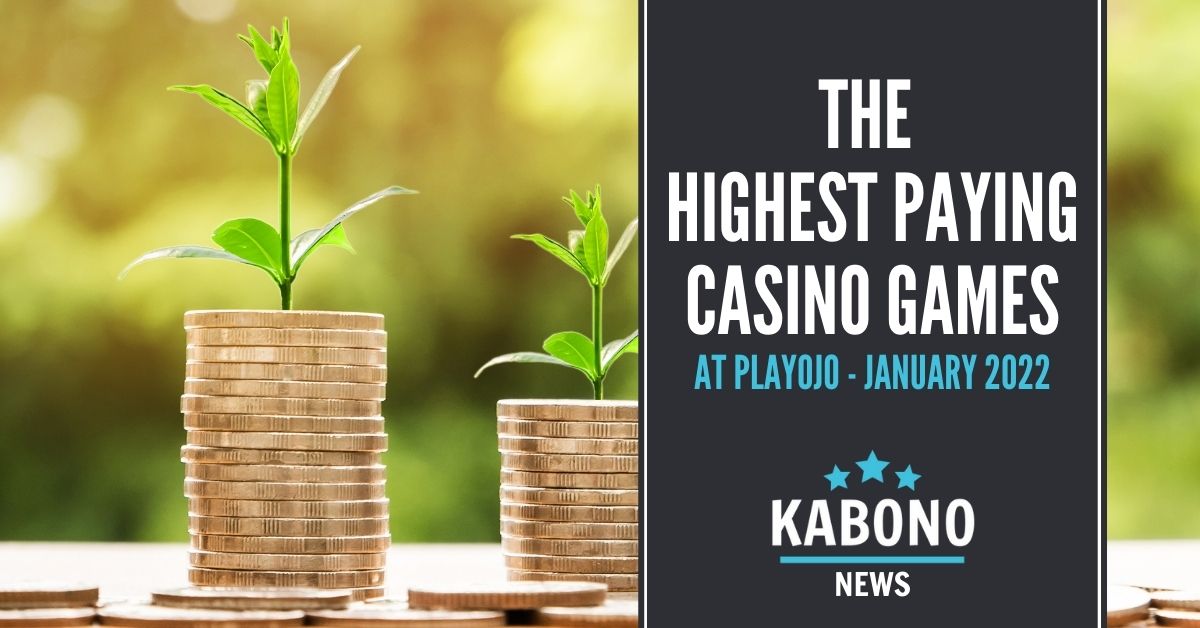 In January 2022, these were the top 10 highest paying games at PlayOJO:

Have you tried any of the games before? They are all available at PlayOJO and with the exception of the exclusive game OJO Live Blackjack, you will also find them at most established online casinos. The list shows a mix of classic slots, live casino titles and new games. Altogether, these top 10 games paid out a whopping total of £7,530,469. Yup, that is more than 7,5 million pounds!

If you are not sure which games to try this month, we recommend starting out with some of the titles in the top list. In addition to paying out a lot in January, they are all popular titles that many players have enjoyed in the month of January and beyond. While it is not guaranteed that they will be the highest paying titles again in February, they are a good starting point to check out. And don’t forget that PlayOJO also has a hot and cold feature available to check which games are hot at paying out winnings at the moment.

Do you want to learn more about PlayOJO? Take a look at our extensive PlayOJO casino review or sign up at PlayOJO to check it out for yourself.

Highest Paying Games at Other Casinos

Since the list is hugely populated by popular titles that can be played at most online casinos, you should be able to check out some of these high paying games also at other casinos than PlayOJO. But remember that what might be the highest paying slots and one casino might not be the same elsewhere. While not all online casinos release a list like PlayOJO has, there are some things you can look out for if you want to play the highest paying games only:

In the end, it is important to remember that games vary a lot in popularity and will therefore also vary in payout amounts. Also with new games being released all the time, new favourites are born alongside the classics. While Big Bazz Bonanza was the big payer at PlayOJO this January, we might see a totally different game climbing to the top in February.