Home Casino Tips What is Gambler’s Fallacy & How Can You Avoid Falling For it?

What is Gambler’s Fallacy & How Can You Avoid Falling For it? 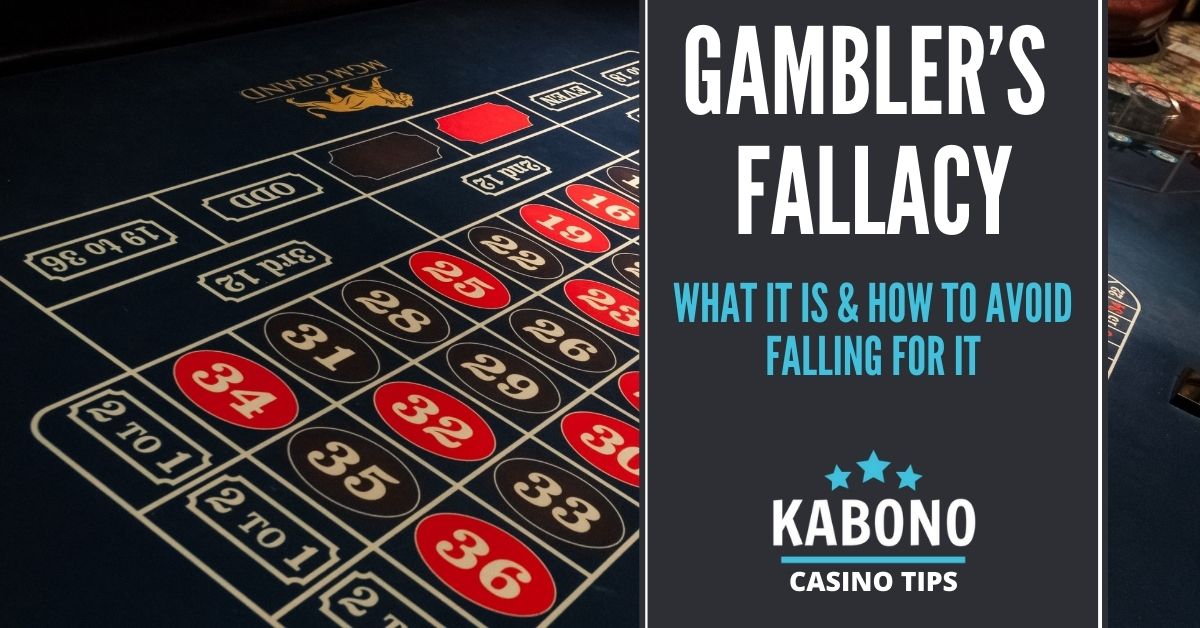 When gambling at a land-based or online casino, most games come with totally random outcomes. This means that it is up to chance if you win or not, based on a sequence of random numbers to ensure fair play. But even though the result of a game like Roulette or the winner of a grand jackpot is completely random, we sometimes tend to make up patterns that suggest the outcome of future events. This belief is called gambler’s fallacy – a term worth knowing about to ensure safe gambling.

Here we look at what the gambler’s fallacy is and how you can avoid falling for its dirty tricks.

What Does Gambler’s Fallacy Mean?

To start off, let’s give a quick definition of what the gambler’s fallacy actually is:

The gambler's fallacy is the (incorrect) belief that a past event will influence the outcome of a future event.

Not sure what it means? Let’s explain it a bit further.

The BBC recently published a short and informative video in which psychologist Steven Pinker explains why we see patterns in randomness. He explains that we, as humans, are often “too impressed by coincidences”. Our brain is programmed to look further than what first meets the eye to see what is hiding under the surface. But sometimes, we take it a step too far and “see” things that aren’t actually there.

The tendency to see meaningful connections between completely unrelated things is called apophenia. In its essence, seeing patterns in randomness means seeing things that aren’t there. This can become problematic in certain situations – particularly when it comes to gambling. The “patterns” can literally cloud our judgement and result in irresponsible, economical choices.

Gambler’s fallacy is a form of apophenia that is also known as the Monte Carlo fallacy or the fallacy of the maturity of chances. No matter the term, it is all used to describe the same: the incorrect belief of an event occurring (or not occurring) based on past events, even though they have no connection.

A clear example of gambler’s fallacy is when players believe they know the future outcome of a roulette wheel based on the wheel’s past results. The term “Monte Carlo fallacy” comes from this, with a famous example from the Monte Carlo casino in 1913. On August 18, a roulette game saw the ball land in a black pocket 26 times in a row. The probability of that happening is 1 in 66.6 million. Due to this, gamblers (incorrectly) thought that the streak would have to be followed by a long streak of red. But of course, it was a fully random – though highly unlikely – event.

If, for example, the roulette ball ends up in a red pocket six times in a row, this could suggest that, “statistically”, it will do so again. But the truth is that each spin is totally unrelated to the previous ones and 100% random. Therefore, previous outcomes can’t be seen as a pattern, even though it seems like it. If you bet on red with this belief, you might be lucky and get a win (as it is almost a 50% chance). But this does not prove your “hypothesis”. In the end, the roulette wheel has no memory or mechanism that acts upon patterns.

How to Avoid Falling for the Gambler’s Fallacy

There are many tips and strategies out there that are supposed to help gamblers, but nothing you do can guarantee a win. Blackjack and other types of poker are a few casino games where skill can increase your chances of winning. But in the end, the cards dealt are still 100% random. And for games like Roulette and all types of slot games, the result is always completely random. This is always the case, no matter the outcome of previous rounds.

So how can you avoid falling for the gambler’s fallacy and seeing things that aren’t there? Here are some of our best tips:

Don’t let this discourage you, but rather serve as a reminder of how random most forms of gambling are. Remember to never play for more money than you can afford to lose and play responsibly!